Even though many people think that St Valentine's Day is an invection of the departments stores, but actually its origin is older that we think. It began to celebrate it in V century, in the year 494 AD, when Pope Gelasius I decided to establish the 14th of February as festivity in honour of Saint Valentine.

The Gelasius' decision to establish the 14th of February as a holiday, it wasn't motivated to be the day of lovers, otherwise he tried to cancel and forbid the pagan festival, which It was celebrated in ancient Rome every 15th of February  in honor of Lupercus, protector of shepherds and their flocks, and pay tribute to Luperca, the wolf who suckled the twins Romulus and Remus.

Gelasius I chose the feast of the Saint  which it was just a day before and had lived two centuries earlier: St Valentine. It was unclear who he was, and people started to tell different legends about him; some of them said that Valentine was a Roman physician who converted to Christianity and was ordained priest.

In ancient Rome, the soldiers could not marry because the law forbade it, but many of them who wanted to join their lovers, Valentine felt that the decree was unjust and challenged the emperor, marrying couples in love secretly, when Emperor Claudius II found out what Valentine was doing, he ordered  imprison and execute, becoming a martyr and religious reference for all lovers.

There are many saints named Valentine to those who are given the distinction of being the 'saint' of Valentine's Day, without any agreement between members of the church, so there are many fables and traditions about San Valentin, even there are several churches that claim to have the remains of St. Valentine.

This is the origin of Valentine's Day and the feast of St. Valentine, as a religious festival was celebrated over the next fifteen centuries, until 1969, when during the pontificate of Paul VI  the Catholic Church decided to remove St Valentine as festival calendar, becoming this a date no more than saints celebration.

A long time had to pass until the Valentine is celebrated as we know it today; the tradition of making a gift to our loved ones and started when the American Esther A. Howland went on sale at the bookshop run by his father in Worcester (Massachusetts), some gift cards with romantic motifs and patterns of love, the idea It was a success and gradually the tradition was spreading from the Anglo-Saxon countries other countries throughout the twentieth century.

Customs on the day of lovers

Not all countries and cultures celebrate Valentine's Day in the same way, for example in Japan, Mount Fuji climb love to play the "Bell of Love" three times while they pronounce the name of your beloved or beloved. In this way they get their relationship becomes more solid and durable. 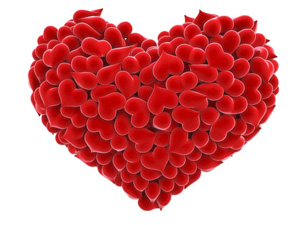 Another tradition, which is practiced in Korea, is that women give chocolates to their partners, friends or colleagues. Just a month later, the guys respond in some detail for women.

In China, although the celebration of Valentine's Day is not widespread in recent years have seen an increase in weddings held on 14 February.

Public displays of affection are not frowned upon in India, however, more and more lovers who decide to do something special on Valentine's Day.

In Australia, the practice does exist to make expensive gifts on Valentine's Day, this tradition comes from the era of the Gold Rush, when invested heavily in love gifts, with the intention of leaving "with open mouth "their partners. Today, far from ostentation, it is customary to congratulate their partners with cards, bouquets or reservations at your favorite restaurant.

In Latin America, Valentine's Day, usually celebrated in style. In countries like Brazil, even the streets are decorated. Mexicans, Argentines and Chileans are what most retailers with their partners. Lingerie, love letters or chocolates are some of the most common gifts.

In Spain until 1948, no one had joined Valentine with Valentine's Day, until the journalist César González-Ruano, launched the idea in the newspaper "Madrid" and the clever Jose "Pepin" Fernandez, founder "Galerias Preciados", he launched the idea with an advertising campaign. 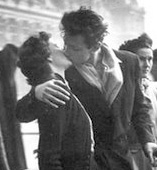 Over time, has been making this beautiful tradition of having a day to think about our loved ones and beloved, a celebration and more consumerist, television, cinema, supermarkets and advertising has achieved many of personan renege Valentine's Day.

Love is one of the most human virtues, to show our love, affection and friendship to the person we love, it is not necessary to make an expensive and expensive gift, a simple smile in the morning may be sufficient, and if you also want to have a better detail. From the classic chocolates and flowers, to a jewel or a surprise trip, through more practical gifts like a book or clothing and footwear.

Already you have thought you will give to your loved one or beloved next St Valentine´n? hurry the clock is ticking ... 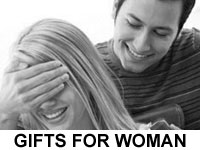 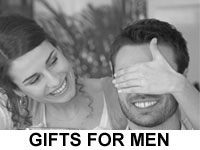 Love unites couples from around the world, do not let a simple matter of language stop you express your feelings.

Want to be original? try to say "I love you" in different languages, here are a few examples: